KS1 has been operating since 2017, located in Kidston, Far-North Queensland

KS1 is the first of four projects that comprise the Kidston Clean Energy Hub, located in Kidston, Far-North Queensland.

This site was selected in order to take advantage of the highest solar radiation zone in the country.  The project has 540,000 solar panels operating on a single axis tracking system with an anticipated project life of 30 years. Located in the highest radiation zone of Australia (>24MJ/m2 p.day).

Utilises the tailings storage facility of the Kidston Gold Mine.

The project reached financial close in February 2017, with a total funded construction cost of $115M.   Financing was underpinned by the 20-year Revenue Support Deed with the Queensland Government for 100% of the energy generated from the Project, in addition to a $8.9M funding grant provided by the Australian Renewable Energy Agency.

The project generates up to 145GWh (145,000MWh) of renewable electricity per year, which is equivalent to powering over 26,000 Australian homes and offsetting over 120,000 tonnes of CO2 per annum. 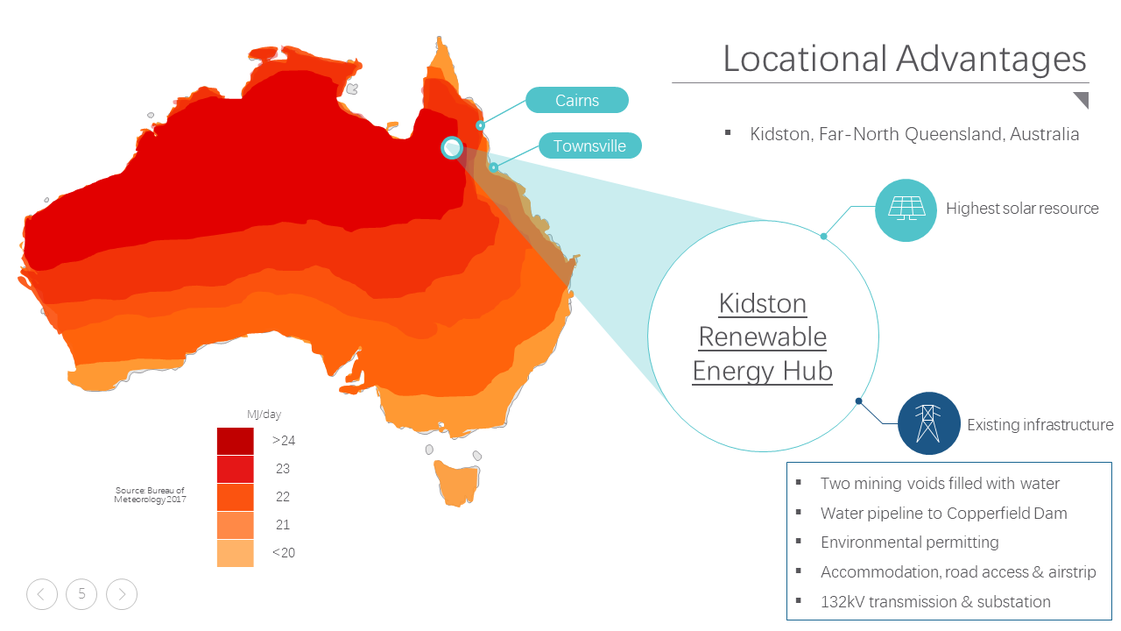